Fashion has certainly changed a huge amount during the 20th and 21st century.  The development of new materials such as nylon, polyester and the increased use of cotton and wool has meant that newer styles have been made available to us. This is also true of menswear. It’s usual to think that women’s fashions change more but men have also seen their fair share of ups and downs with fashion sense and style. The change of focus on menswear began around the 1950s.  Prior to this the clothing of men was a pretty standard fare. There was a suit for “Sunday Best” which was kept pressed and other outfits usually entailed workwear if you worked in a factory, mill or mine. Office work was still in the minority for most people. These white-collar jobs  were restricted to those who had been able to attend Grammar School.  However after the Second World War a more liberal attitude began in the country which meant that men could wear more styles and colours and begin to stretch their fashion legs as it were.

It would be wrong to think that the suit went out of fashion. If anything it came into vogue as more and more men are able to work in offices. Work became less manual and moved more towards more administration and financial services. The pinstripe suit is still a design classic even today, and it is not uncommon for a man to have a formal suit for special occasions. 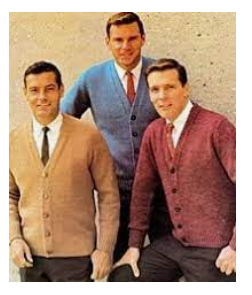 One item of clothing that has really become part of the uniform for men is jeans. Denim is a derivative of cotton and was originally designed as a workwear item,  however it soon gained iconic status in the fashion world from the 1950’s and was then, and still is, regarded as the “bad boy” clothing to convey a rebel. This is no longer just about blue jeans – black, red and a variety of other colours were becoming available.

During the 1960’s men began to wear more colours. This is the decade where menswear designers start to experiment with bright colours – oranges, purple, greens and even pinks. The t-shirt is also an extremely popular edition to men’s fashion. Once simply considered underwear, t-shirt wearers such as James Dean and Steve McQueen really pushed this item of clothing to the fore. This was increased even more when record companies began to produce t-shirts with band names on. The t-shirt became a way to convey music loyalty and affiliations, political slogans, pieces of art and generally convey alternative lifestyles or at least a counterculture. 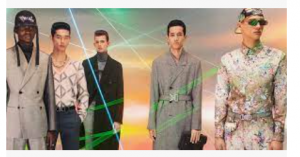 The 1980’s saw more of a shift to feminine wear for men as they began to lose their hyper masculine sides. The new romantic movement of the early 80’s is a classic example of this. To how fashion has adapted and for a great range of modern menswear, such as classic Tommy Hilfiger Menswear, go to ejmenswear.com

The hoodie has had a chequered history. Once associated with scruffy, bored teenagers and yobbish behaviour, the hoodie has to some extent managed to shake off its negative connotations. It has become, in fact, a much loved and versatile wardrobe staple. Here are five hoodie styles to look out for. Image Credit Classic The hoodie […]

If well studied, the total white look always has its charm. Whether declined in cotton, denim, silk, or Sangallo lace, white is a timeless summer choice with which to create fresh and impeccable outfits that will bring out your tan and more: discover with us the coolest outfits to inspire you and some practical advice.

What do squids eat? Everything about their diet

What is Fleet Management?