Although tanks first appeared during the First World War, their impact wasn’t truly felt until the outbreak of the Second World War. This gave talented commanders the chance to make their name in history, becoming legendary in this new type of warfare.

Rommel’s name came to the fore during his time serving Germany in the First World War. He achieved several of the country’s highest honours for his fighting including two Iron Crosses.

He was smart enough to ingratiate himself with the emerging Nazi officials as they took control of Germany. At the start of WWII, he was in charge of the troops guarding Hitler’s headquarters while the country invaded Poland. He was a favourite of the Fuhrer and used this influence to gain command of a Panzer division.

He proved a strong tank commander in France, making decisive advances and capturing 100,000 Allied prisoners. He also excelled when sent to assist struggling Italian troops in North Africa by holding back the British. Rommel then moved to Normandy in 1944 to fight against the Allied invasion.

He was badly injured during British aircraft strafing and while in recovery, was implicated in a plot to kill the Fuhrer. Given the choice of a huge show trial or suicide, he took his own life in October 1944. 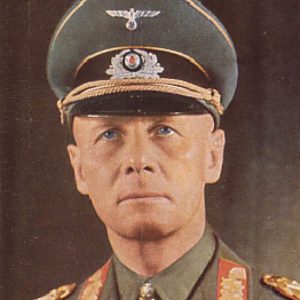 George Patton was an old-fashioned American, coming from a wealthy southern family and having trained as one of the last cavalry soldiers. Patton travelled to Europe and experienced tank warfare in 1917, which he was said to have fallen in love with. Have you always wanted to know what it feels like to drive a tank? If so, try a Tank Driving Day and Go to Armourgeddon.

During the inter-war period, Patton became an active advocate for armoured warfare and by 1940 was awarded command of the 2nd Armored Division. He was the commander when the Americans entered conflict in North Africa in 1942. After defeat in 1943, he rebuilt morale and improved efficiency of II Corps.

Once the Allies had pushed the Axis out of North Africa, Patton led the invasion into Italy with great success. Unfortunately for him though, he was about to be involved in an incident that would cost him his job.

Whilst in a field hospital, he slapped a soldier suffering from shell-shock, calling him a coward. Once the press heard about it, he was relieved of his command. 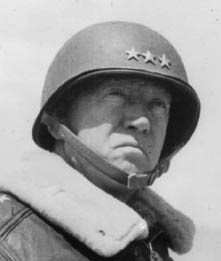 Guderian was a German officer during WWI when he saw British tanks for the first time. He became fascinated by the machines and began studying them once the war had finished, developing tactics and further tank technology. He held a strong position in Hitler’s regime, being one of the only people Hitler would allow to challenge him on ideas.

By the time Germany invaded Poland, Guderian was commander of the XIX Corps which consisted of motorised infantry and tanks. He led from the front and paid close attention to mechanical details of his corps’ machinery.

Guderian was involved in isolating the British at Dunkirk, cutting off the French at the Maginot Line and leading numerous divisions in Operation Barbarossa in Russia. Such was his success in advancing that one of Russian opponents was executed for his failures.

As the Russian operation failed, Guderian clashed with Hitler and was relieved of his post, never again commanding a tank regiment. He was reinstated in 1943, becoming Inspector-General of Armoured Troops.

It can be difficult to know when you should repair your windows or if you would be better off replacing them. A small DIY job can be easy enough but if it is a larger job requiring expert skill it might be a better choice to find a professional for repairs or replacements. You might […]

The 10 most exclusive objects in the world

Before reading this article, we warn you that many of the assets that we present here are beyond the reach of many mortals. A mobile that is around the million dollars or the most expensive yacht in the world, are some of the whims that we show below. Contents1 1- The most expensive mobile phone […]

Is a nickel actually made from nickel?

How to wear dark lipstick: tips and mistakes to avoid

The 10 foods with more sugar