It is an organization that fights against fraud and any other criminal activity that could involve food fraud. It is an offshoot of the FSA (Food Standards Agency), which is part of the Department of Health. The FSA is responsible for regulating the manufacture of food. It also administers the food labels that inform consumers about a product’s safety.

As an offshoot of the FSA, the National Food Crime Unit targets manufacturers and distributors of contaminated food. This includes fraud in the production and distribution of dairy products, poultry and fish and animal feeds. In addition, it involves investigating any cases of food contamination or animal abuse. 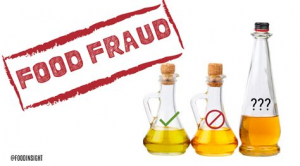 What is the National Food Crime Unit all about? Its purpose is to apprehend perpetrators of food fraud and other food crimes. This unit conducts sting operations to catch alleged offenders as well as produce sting investigations to serve warrants for arrests and bring them to justice. Each year, the unit conducts seminars to educate law enforcement agencies and the public about food frauds and other food crimes. Through these seminars, they encourage people to report instances of food poisoning, suspect food manufacturing practices and suspect food trafficking to the agency.

Food fraud is the intentional misleading of consumers about ingredients. It also includes substituting quality ingredients for cheaper products without informing the consumer. It is an area of crime with a very broad spectrum, from an individual case to widespread and large networks of organised illegal food production. Food businesses should learn all they can about avoiding becoming complicit in fraud as well as staying on top of a Food Hygiene Check. Find out more at https://hygienecheck.net

Some foods are more susceptible to fraud than others and it pays to be aware of such possibilities. Some of these foods include milk, where there have been examples of water being added to milk to produce more quantity but significantly diluting it. Olive oil is another example and it can be replaced or diluted with cheaper alternatives such as rapeseed or sunflower oil.

Tea and coffee can often be substituted with cheaper products. Starch or even sawdust has previously been found in teabags. A common fraud with coffee is to mislead over the quality of the coffee, such as claiming it is organic or produced as part of the Fair Trade scheme. 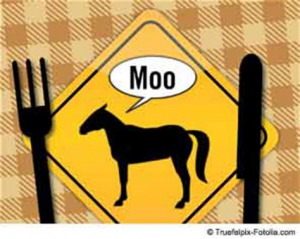 One of the biggest and most high profile cases of food fraud occurred in 2013 in the UK. Horsemeat was found in products advertised as containing beef. Food fraud can be highly dangerous to public health. A person might eat something that contains a food they are allergic to but this would not be displayed on the packaging if it had been adulterated.

Religious beliefs may be affected if a person eats something they believe to be halal or kosher when in fact, it isn’t. Consumers may believe they are eating or drinking organic and sustainable products, paying extra for it and being deceived. The same applies to vegetarians and vegans who could be consuming foodstuffs that they are committed to not consuming.

Blue cheese pizza? We love pizza , as you well know. Something that catches our attention  is how conservative they are in regards to the composition of the pizza. Fortunately They are from our team with regards to Hawaiian pizza . This means that from time to time, when we eat pizza without guests, we […]

Food and Drink Health and Fitness

The 10 foods with more sugar

Obesity, diabetes, cardiovascular diseases and caries are some of the main diseases that predispose excessive consumption of sugar.

Dating with Chinese Girls: How to know them and how to conquer them

An introduction to unified communications

What do crows eat? Everything about their diet