Quite often, it is common to speak indiscriminately of tinting of moons and solar sheets. Although the aesthetic appearance of these two techniques is similar, the truth is that the way of darkening the glass is different in both, and in addition, the benefits they report are also different.

When we refer to tinting the moons, it is an electrical process that is done at the factory, also known as “deep dipping” or private glass. It is a way to darken the glass offered by car manufacturers as an extra and that has a series of properties somewhat limited as we will see below. However, the solar sheets are adhesives that can be placed in the windows afterwards.

Pros and cons of tinted windows

As we have already mentioned, the tinting of a car’s glass comes from the factory and the greatest benefit achieved is aesthetic, since the window simply acquires a darker tone than under normal conditions. However, when tinting the moons, the light that enters the car is also reduced so that the driver does not suffer the glare caused by the headlights of other vehicles. 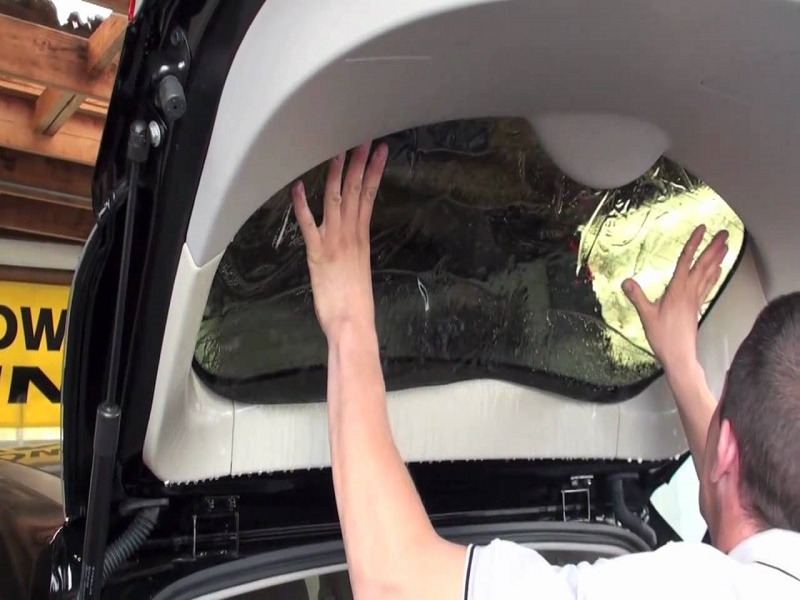 On the other hand, factory tinted windows do not prevent the passage of sunlight or help reduce the temperature inside the car. In addition, the fact of tinting the moons does not mean providing greater security in case of impact, since, if the glass is broken, it will shatter and fall causing serious damage to the occupants.

… and the solar sheets

Unlike tinted windows, the installation of solar sheets in the windows offers a greater number of advantages, such as the following:

Despite the multiple benefits of solar plates, we must pay special attention to the model that we install in the car that must be approved or otherwise, we will have problems when passing the ITV. It should also be borne in mind that in Spain it is forbidden to place these sheets to darken the windows of the driver’s and co-driver’s windows, as well as the windshield.

In addition to being approved, when placing solar sheets it is also necessary that they are sealed and that the workshop provides us with a laboratory certificate where all the data of the sheet type, the car and the installation process are collected.

Which is the best option?

After knowing the characteristics of the tinted windows and the solar sheets, the choice between one option or another will depend on what we want to achieve by darkening the crystals.

So, if what we are looking for is to provide comfort and safety in our journeys by car, the most appropriate alternative is to put sheets on the windows. On the other hand, in the case that we simply seek to improve the aesthetics of the vehicle it is preferable to ask the brand for the tinting of the factory windows.

It is undeniable that cars and motorcycles have served us in many ways. They carry things from one great distance to another, taking sick people to the hospital without much effort. The applications are endless. But to do that they need fuel in the tanks. Now the question is what is the best fuel for your […]

You can’t be too careful when looking for an attorney to represent your case. There are a lot of options out there. Not all of them are good.

The Dangers of Driving in a Storm

The dangers of driving in a storm are numerous. Heavy rain and winds reduce visibility. Lightning can strike at any moment and can be deadly. It’s also important to remember that a thunderstorm can also cause damage to vehicles and especially if there are high winds and flying debris. It’s therefore imperative to stay in […]

Organising a gala dinner that ‘wows’