Is the American coin, affectionately known as the nickel, actually made from nickel? Well, in reality, a nickel consists of only 25% nickel and 75% copper.

Prior to the outbreak of the Second World War, this coin did indeed contain higher amounts of the metal but as nickel was much-needed for the war effort, during 1942 and 1945 the coin contained no nickel at all but were produced from manganese, copper and silver instead. The name stuck though, even if the actual nickel content has varied significantly over time. 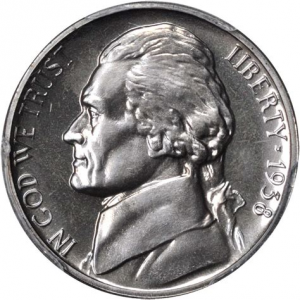 So what other objects use nickel in their production? In fact, nickel is incredibly versatile and can be found in many items. Nickel alloys are the most commonly used as they offer improved strength and resistance to heat than using nickel alone. Nickel is also used to coat items, and as it has a decorative and shiny finish, is often used for decorations, taps and other vanity objects. Find out more about the benefits of Electroless Nickel Coating at a site like https://www.poeton.co.uk/standard-treatments/electroless-nickel-plating/

Nickel in its pure form has brilliant conductivity. For this reason, it is found in wiring for electronics and batteries. It is also tough against corrosion, in particular from chemical corrosion so is often used where resistance to chemicals is important.

As previously mentioned, coating or plating with nickel is a popular choice. Nickel plating is often found on vehicles, motorcycles, bikes and wheels, for example. Thanks to its high resistance to corrosion, it is a useful metal for coating other materials to provide these resistant qualities to products made from other metals and materials. It is also used on machines to avoid excessive wear and prolong the life cycle of machinery. 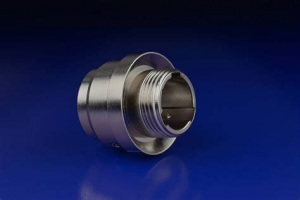 Nickel can also be used as an alloy and combined with other metals such as iron and chromium. This is what items such as cookware and sinks can be made from. When alloyed with copper, an even stronger metal is formed. This alloy works well in harsh environments such as for marine uses. It is a conductor of heat, hard-wearing and resistant to corrosion, making it the ideal choice for seawater applications and also in the oil industry, for example.

The main reason for creating a metal alloy is because metals on their own can be susceptible to heat pressure. By combining metals in an alloy, additional strength and resistance is created. For example, when nickel is alloyed with chromium, it can then be used for applications that involve high temperatures, such as ovens, microwaves and in heating systems.

Some other common objects that contain nickel can include:

As you can see, nickel is a commonly used and incredibly versatile metal. It can be made stronger when used as part of an alloy which increases the scope for further applications in our everyday lives.

Now that winter is coming it is time to put the heating. If you want to save on the gas bill, I recommend having one of the best digital wifi thermostats installed . Oddly, they help reduce the gas bill significantly.

When looking to optimise your website, some several tips and tricks can be used to play into the Google Algorithm. But with so many options come the question of where do you start? In this article, we will be providing you with our choice for the top 5 Google-approved SEO tips.

The 5 benefits of teamwork