Many parents are concerned about their children playing rugby. Here we discuss why banning youngsters from scrums and tackling in rugby is wrong. 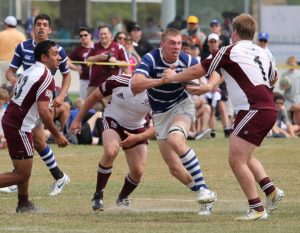 Injury and concussion cast a long shadow over the game of rugby, with many parents also alarmed by the BMJ (British Medical Journal) editorial, which has urged schools to ban contact versions of the sport for children under 18.

The reality is that rugby played at school bears little resemblance to the professional rugby game, where powerful, strong players crash into each other with great force. It is believed, however, that the image of rugby is dangerous and that it should be avoided, despite recent evidence indicating the opposite. 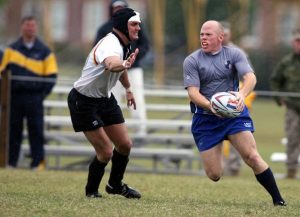 Advances in the sport

Rugby has made significant advances in the past decade to change how the sport is refereed, played and taught at an under-age level.

There is now a phased approach in contact, where children first learn on their knees how to tackle and rugby training drill videos can be watched at Sportplan to demonstrate correct technique.

There are now limits on the maximum play time dependent on age, an increase in qualified coaches and a greater awareness of the dangers of concussion. Any player who is suspected of being concussed is now immediately removed from play. The Recognise and Remove Code was introduced for all levels of the game by World Rugby, and is mandatory for referees and coaches. Rugby trainIng drill videos are also proving particularly useful for coaches and players alike.

As a result of these measures, rugby is now significantly safer than a decade ago at this level, with the figures showing that the injury risk among children playing rugby is no higher than other sports. In fact, the risks of playing rugby are minimal for players aged under 18.

With obesity in children increasing at an alarming rate, team sport activities such as rugby are essential in order for youngsters to remain fit and active, and combat an increasingly sedentary lifestyle.

In addition to this, there is much enjoyment for children to gain from being part of a team, such as the opportunity to be accepted by their peers and make friends. Rugby gives many a purpose, and there is a position on the field for everyone, no matter what your size or ability.

A garage can always benefit from shelving and an efficient storage system. Shelving is one of the most practical and popular storage methods. Image Credit Shelving Options Open shelving is a great option for storing bulky and large items such as sports equipment or gardening tools as well as smaller items. Belongings can also be […]

However you have been affected by the Coronavirus pandemic, one thing is certain, it has changed the way people live across the world. Image Credit Whether you have stopped your daily commute, have children who haven’t been able to go to school, suffered a personal loss, or had to deal with unexpected financial pressures, Covid-19 […]

Three Common  Problems with Plumbing Over the Winter

Why My Cat is Weird? Causes and What to Do