Without a doubt, Sydney is the first city you think of when thinking of Australia. So much so that many believe it is the capital of the country. No, the capital is Canberra, neither Melbourne nor Brisbane nor Sydney. What is clear is that on a trip to Australia Sydney can not miss. We spent four days in the city. Surprisingly for our style, we visited it with ease. We had been traveling Australia for two weeks and we were already slowing down. That is why we say that our suggestions for what to see in Sydney can be worth three or four days.

What to see in Sydney

We were not fortunate enough to sit on the correct side of the plane when landing at Sydney’s Kingsford Smith International Airport. We also don’t remember exactly what it was, but we do remember that the pilot told us that you could see the bay with the Opera House … from the windows on the other side. This was on the flight from Melbourne, the international said nothing, we do not know if the route did not pass through the city. 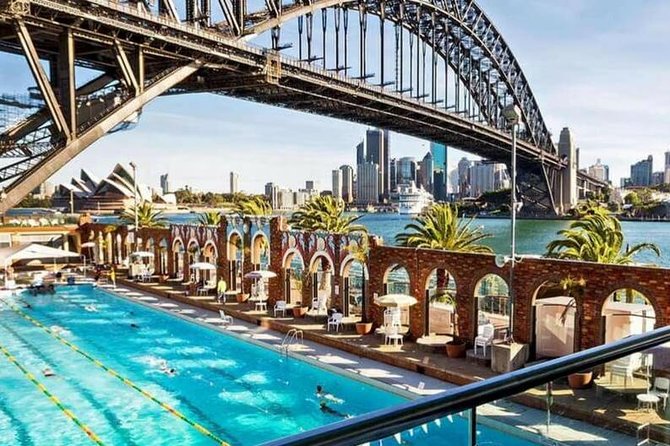 Of course, as soon as we went out after leaving things at the hostel, the first thing we looked for was the quintessential symbol of Sydney: the Opera building. Even before we saw it in person, it was already clear to us that it was one of our favorite contemporary architecture buildings. Expectations were high but we were not disappointed. Starting with the ceramic tiles that cover it –nothing less than 1,056,000–, the shape of the “shells”, the size… the dream of an architect and the accountants’ nightmare.

We do not stop doing the guided tour of the Sydney Opera – it is recommended to book it online, the prices are better. It was then when we found out the number of tiles or that what was going to be an expense of AUD 7 million, Australian dollars, and 3 years of work ended up supplying an expense of 102 million and 16 years of works. Who was the “culprit”? Still today, 55 years after its inauguration –1973– it is debated whether it was by the architect, the Danish Jørn Utzon, or by the changes in government, management and specifications.

Be that as it may, the image of the Sydney Opera House on the bay is a must see in Sydney. Look for it from the viewpoints, from the bridge, from any of the boats that leave the port … during the day, at night, at sunset. A true wonder.

Sydney bay with its bridge

Across Sydney Harbor is its other symbol, though much less well-known than the Opera House: the Bay Bridge.

134 meters high, 1,149 meters long, 49 meters wide and 52,800 tons in weight. The numbers impress, although the vision of that “monster” does even more. We did not miss the opportunity to cross it on foot several times – from there you have a fantastic view of the opera building – and we also passed under it with a boat. What we didn’t do was scale it. Yes, it is possible to climb to the top of its 134 meters and have one of the best views of the city – here you can see the prices of the climb during the day and here at night, which is also possible.

The place chosen by Captain Arthur Phillip to disembark and found the colony in honor of Lord Sydney was the area known as The Rocks, next to the current port – Circular Quay. Little or nothing remains of the buildings of Australia’s first European inhabitants. The abandonment of Circular Quay by transport companies in the late 19th century, an outbreak of bubonic plague in the early 20th century, and the construction of the Bay Bridge in 1920 ended life and many of the buildings and alleys.

In any case, it is well worth a visit because it has become a very well-kept area, full of beautiful colorful houses, bars, restaurants … in short, life has returned to The Rocks. Without forgetting that, sooner or later, you will have to go through Circular Quay to catch any of the ferries that leave the port.

The ten happiest countries in the world

Finland, Norway, Denmark, Iceland and Switzerland have been contending for the first places in the world ranking of happiest countries, which includes the UN every year in its Annual Report of Happiness Go to news Finland, the happiest country in the world for the second consecutive year

How to store cheese