The older the tree, the more stories it has to tell. Thankfully, the UK is home to a large number of ancient trees, trees that will have witnessed some hugely important historical events. Ancient trees have been worshipped, become part of local legend and even feared for many hundreds of years. Here are some of the oldest trees in Britain that are still living:

This old tree is located in a churchyard in the Highlands of Scotland. The yew is estimated to be as much as 5,000 years old and could well be one of the oldest living things in Europe. Legend has it that Pontius Pilate lived near to the tree when he was a child. Incredibly, the tree started to change sex in 2015 when it began growing berries which is an activity only the female of the species undertakes.

This giant hasn’t the widest girth of any tree in Europe. It is more than 1,000 years old and has a trunk with a whopping 40-foot diameter. People can climb into a cave-like space within the trunk and 39 people have stood inside the trunk at the same time. 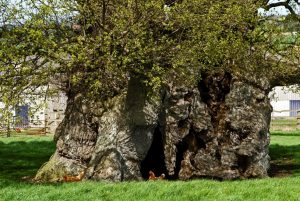 This yew tree in Wales is still growing despite being 4,000 years old! A rather frightening tale accompanies this ancient tree. It is said to haunted by the spirit known as Angelystor, who appears twice a year in the church near the tree to announce the names of locals who will meet their fate that year.

This is one of the UK’s most well-known ancient trees as it was said to have sheltered Robin Hood in Sherwood Forest. This is most likely pure legend though, as experts have said the tree is too young to have been big enough during the time of Robin Hood and his Merry Men. It still attracts many visitors and is thought to be between 800 and 1,000 years old. The trees on your property are not likely to be this old, but for any issues, contact a Tree Surgeon Bournemouth. Why use a tree surgeon? Because thy have the expertise and equipment to care for trees safely.

Thought to be up to 2,500 years old, this is a tree with some tales to tell.  It is said to have been there at the time of the signing of the Magna Carta. Several hundreds of years later, it is rumoured to have been the tree under which Henry VIII courted Anne Boleyn. Remember to consider a tree surgeon Dorset for your tree maintenance needs. 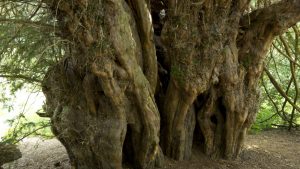 This ancient tree could be 2,000 years old and is currently cut back every 20 years to encourage it to keep growing. It can be seen at the Westonbirt Arboretum in Gloucestershire. Coppicing, or cutting back to encourage growth, has been carried out in the area since the 13th century which is probably why the tree has survived for so long.

Sometimes you really need the advice of an insurance agent. This is particularly true if you are adding a young driver to your auto policy, you live near a flood zone , or you operate a large or risky business. However, there are times when buying an insurance policy online can be quicker, easier, and […]

The concept of leadership lends itself to very different interpretations and points of view. Some believe that to be a good leader it is enough to play an important hierarchical role in the company (as if a desk could really influence a person’s qualities) others reduce everything to the order-giving activity in an authoritarian and […]

It’s not unusual to hear men report not being able to identify the different parts of a female’s genitalia, but you wouldn’t expect women to have the same problem. And yet, surveys have revealed that 70% of women were as puzzled by the mystery of their private parts as the guys. Only half could correctly […]

How to Use Acestream? Free Hd Streaming Football Games