REALITY. Even on weekends and activities like the Cyclopaseo, it is rare to see a woman with this garment.About 50 years ago, the use of the skirt was essential for women, as it was always their identification symbol.

Now on the streets, in the offices or at home, there are very few women wearing their figure with a nice skirt.

A matter of comfort

Over the years, women have acquired greater prominence in society and, therefore, seek to adapt in all respects to the new roles.

Work in public or private entities, or the different social roles that women have, make them want to look beautiful and at the same time comfortable; That is why they have relied so much on the pants, because it gives them confidence and confidence when doing everything they have proposed. At least that is what the testimonies collected in the streets speak about.

“Sales executive work and as much as I want to wear a skirt I can not, because I have to go to a thousand places every day and by bus, I would not like to have a ‘click’ when going up or down in the hurry of any means of transportation” commented Andrea Campoverde.

On the other hand, there are still women who are excited to use the garment in question, because they say that it makes them look more feminine and attract many looks.

For Cristina Carrillo, owner of a boutique, a woman is much prettier if she wears a skirt, since, according to her, it is the person’s letter of introduction and the stamp that differentiates them from men.

“The woman has lost the pleasure of wearing skirts and I do not understand why, before it was ‘sin’ for women to wear trousers, they should return the times where they all differ from men for this garment,” he said.

“I have to wear a skirt because of my work, but I do not really like it. In the streets there are all kinds of people who say everything to one when it is well dressed, there are flattering compliments but there are other disrespectful people who say rude things “commented Victoria Mayorga, employee of a bank in Pelileo.

La Hora talked with some women and agreed with Mayorga’s opinion, because the few times they have worn a skirt, there have been men who harassed them.

Several men admit that they are the cause of women no longer see the skirts, it is true that they attract many glances and not all are well intentioned. 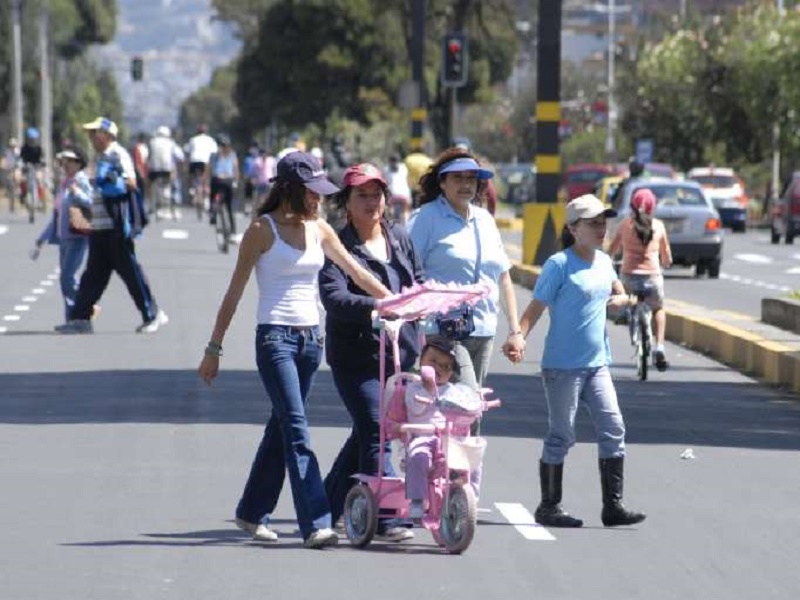 “I think what we admire now is the courage that women have when putting on a skirt, because in the streets there are men who do not respect and seek to harm, sexual jokes are what should not be done,” said Francisco Garrido, college student.

In the universities it is very rare to observe that the students use something different from the trousers. One reason is that they feel embarrassed with their partners and another is the discomfort they say they have.

Jeans have become strategic allies in people’s lives. Men and women wear them because they are very versatile and serve for any occasion.

“Since they are children they now dress in jean fashion,” said Sara Almeida, a family mother, who has two daughters and a son and admits having completely forgotten the other types of clothes.

She points out that perhaps for that reason it is the one that now girls, young and adult women do not dress with a skirt that highlights their figure, since dresses have gone out of fashion and now they are a memory.

In some stores in Ambato, the vendors corroborated the theory of the scarce use of this garment, because women regularly do not look for it, now they want to look cute and attractive with tight pants to the body.

“Only when they have a party do they look for dress and rarely a skirt. Now with fashions from all over the world, it is easier to dress in pants and look very pretty, “said Cristina Carrillo, owner of one of these stores.

Who does not have some kind of costume jewelery or accessories at home? Over time these tend to get darker. For that reason in our blog we want to show you how to clean jewelery with some very simple tricks.

Those who are fond of basics know it well, to give a trendy touch to a look it is enough to choose the right accessory. A bag, glasses, shoes, or jewelry can completely transform an outfit and turn it into a trendy look. So take note of what is most popular this season in terms […]

Of all the roses, the yellow one has always been seen as a bearer of negative meanings. Imported from the Far East to Europe, it symbolizes jealousy in love, envy, and other bad feelings. However, these are not its only meanings, in fact, in the East. It is associated with the Sun and represents a […]