A study by accountancy firm Nixon Williams has revealed that the number of contractors and other single-person traders who are not saving for retirement has increased by 12 per cent over the past year. Almost two-thirds of the participants admitted that they have not even started saving for their pensions, which may be as many as three million individuals throughout the UK. This figure contrasts with the 91 per cent of full-time employees who say they are already in an auto-enrolment pension scheme. 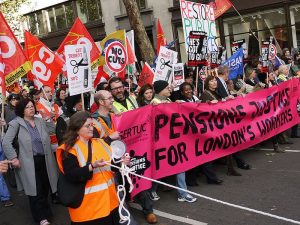 The very nature of contractor and freelance work can be somewhat unreliable and sporadic, with research revealing that many do not believe the pension system is ‘freelance-friendly’.

Part of this reluctance is also likely to be down to the fact that nearly all pension funds cannot be accessed until the holder is at least 55. For many contractors, this means that if they have the capacity to save, they are much more likely to use accounts that are easily accessible. In this way, they can dip into these reserves when they need to, perhaps when they are ill or when they go through quiet spells. 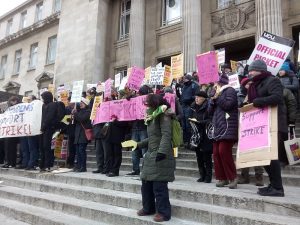 According to the OECD, the UK’s pension shortfall is in excess of £6.2trn and is expected to exceed a staggering £25trn by 2050.

What is the solution?

There is no obvious answer. Some sort of legally required self-enrolment for contractors and self-employed could be the way forward, such as it becoming a pre-requisite when registering for self-assessment with HMRC.

Perhaps there needs to be a new type of pension product specifically for this audience. This would ideally be one where there is a split between the funds, whereby there can be emergency drawdowns from part of it but the other part is untouchable until retirement.

The DWP has recently announced a plan to encourage self-employed workers and contractors to start to pay into pension schemes by offering some tax incentives. It is yet to be seen how this will affect the number of enrolments for such schemes.

It seems hard to believe that in this day and age we still have a situation where Men and Women are paid different rates. For centuries it was Men who got more despite both Sexes working at exactly the same job. This discrimnation was not limited to the world of work. It was also clear […]

With the decrease in the use of the petrol car that is going to be foist upon us as petrochemicals run out we need to think about what we going to do with the Petrol stations left over. There is a considerable process around the decommissioning of a petrol station and though the options for […]

More and more couples are choosing to include their beloved pets in their marriage ceremonies. As a cherished part of the family, it’s only natural that couples want to share their special day with all their loved ones, including their dog. We all know that every member of the wedding party wants and deserves a […]

How to Become a Fashion Designer