The wild parts of our planet support many forms of life and it is now so much more important than ever to look after them. There are many organisations that are responsible for keeping our natural world in good order and helping to maintain it, for both the creatures that call it home and for future generations to enjoy.

One of the things that many people don’t realise goes on is river dredging. This is quite a large operation that is necessary for many reasons and goes on all over the world to maintain the health of a body of water. The reason that river dredging is so important is because of something called sedimentation.

This is when things like sand, dirt and silt that make their way into bodies of water, are pulled downstream. At some point they start to build up – it could be near an end of a river, or in a harbour. When this happens of course the water then starts to get shallower, and if it were to be left entirely it could mean in many cases that the body of water then becomes cut off entirely. This is why dredging is so important – it also keeps shipping channels clear as boats need to be able to freely move through them. 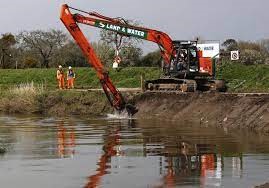 In order to dredge a river, specialist equipment needs to be brought in to undertake this mammoth task – machines like those from this excavator hire company greensplanthire.uk/plant-hire-leicester/excavator-hire/ are used for this. Dredging benefits nature too by preventing wildlife in the rivers and harbours from being overcome with too much of the debris, which in large amounts can contaminate the environment and harm them or kill them. In particular, when the river has passed through a large city or an industrial area the sediment that has washed down stream may well be contaminated and when it starts to build up in an area it can be toxic to the wildlife in the area.

Dredging is used to make sure that the river can flow freely and can also help to provide one of the worst natural disasters that we often experience in the UK – flooding. Flooding often can be a feature of the bad weather that we experience in the winter and can devastate homes and communities, as well as the surrounding countryside – from wildlife to livestock, many life forms are in danger when a river floods, so dredging can help to prevent this by ensuring that the river is flowing freely. 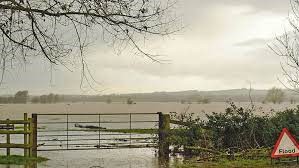 In some places, where flooding is a big risk, rivers are dredged to make them deeper and more able to handle larger volumes of water – this makes them more able to carry water away and downstream and to areas where flooding is less likely to occur – this is something that is usually done in low lying areas that are vulnerable to flooding.

Have you ever wondered what welding is or how it works? Welding is a unique process that helps combine two or more components with the help of heat and pressure. Welding supports the economy and makes it possible for beautiful structures and important vehicles to stay together. If you’re new to welding, here’s what you […]

Photography is big business these days, and with competition so strong, it can be difficult to differentiate yourself and stand out from the crowd. Because of that, it isn’t always the best photographers that make the most money. Whether you photograph weddings, products or perhaps location shoots such as Kas Villas in Turkey the struggles […]

Given 10 guesses to name a silicon wafer manufacturer ranking among the 20 largest in the world, odds are the average person would soon be asking for another 10 guesses. Few of the top businesses in the industry are remotely close to being a household name, but consumers around the planet owe these tech giants […]

The Advantages of Using Metal Pipes Vs Plastic

Reasons Why You Should Have An Electrician Install Your Home Lighting

4 medicinal plants that will end with your heartburn