Pink lemonade is a drink of summertime, refreshingly satisfying and immediately recognisable for its colour. But how did this lemon-based drink gain its lovely pink hue? 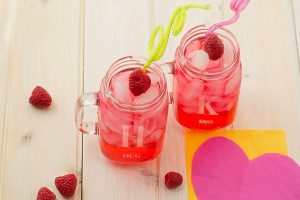 There are pink lemons that exist – these are called Eureka lemons, with their pink flesh and similar lemon taste. However, as post mix suppliers will tell you, pink lemonade doesn’t come from the juice of this fruit – even though it would make sense, and sounds exotic!

Most people assume that the colour of pink lemonade has been dyed through the addition of red berries in manufacturing. Sometimes, pink lemonade can have additional ingredients such as strawberries, cranberry juice or grenadine.

Most of the time this is not the case – the most commonly used ingredient for dying mass-produced pink lemonade is red or pink food dye, easily obtained through post mix suppliers Empire UK.

The legend of pink lemonade’s origins

There seems to be two alternative origin stories, as far as the manufacturing process of pink lemonade goes. The author, Josh Chetwynd, who wrote ‘How the Hot Dog Found Its Bun’, reveals these tales in his book, and neither one of them sounds terribly appetising! 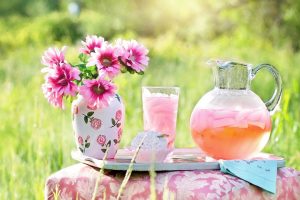 The first takes place in 1857. A salesman, Pete Conklin, was selling concession tickets at the circus, and would make his own lemonade to sell to the customers for a little more cash. This day in 1857, Pete had run out of water – the main ingredient required for any lemonade – and had no access to any river or well water nearby.

The other story of pink lemonade’s invention is just as accidental. Henry E. Alcott was a saloon manager and circus promoter, and was making his own lemonade, only to mistakenly knock some cinnamon candy drops into the liquid. He also saw an increase in sales of his pink refreshment, but this would have been around 1872, 20 years later than Conklin’s claim.

Although tanks first appeared during the First World War, their impact wasn’t truly felt until the outbreak of the Second World War. This gave talented commanders the chance to make their name in history, becoming legendary in this new type of warfare. Erwin Rommel Rommel’s name came to the fore during his time serving Germany […]

What You Should Know Before Renting an Apartment

How to be mature

Storm Proofing: Changes You Can Makes To Protect Your Home