Women have babies. It is a simple statement that has basically meant that men have got away Scott free without having to worry about birth control for eons. This dates back to the days of antiquity where the Greek, Roman and Egyptian men all seemed to take the same attitude of “well, it’s not my problem…” When you consider that we are some fifty years since the launch of the Female contraceptive people, and that was a monumental uphill struggle that required a birth control specialist, a senior physiologist and even an aging suffragette to get medical development on, we seem to be no further ahead than the more traditional methods. We all need to look at our sexual health and STI Testing London way are available from https://www.checkurself.org.uk/plus/home_sti_kits should you be concerned. Let’s see what is available so that men can take some responsibility for once. 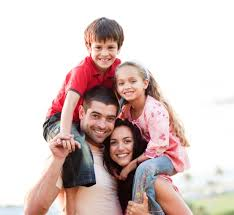 There are basically three. The first is the withdrawal method of removing the male member before it reaches orgasm. That’s fine but the penis produces elements of sperm all the time during sex and any sexual health issues that the man has exposes the women and vice versus. It has a high fail rate as well. The second is the vasectomy. It is meant to be final but it has failure rates plus you have to wait three months before it is effective. Men are put off by the thought of the operation, not helped by the media’s portrayal and attitude to it (namely have a Doctor holding Garden shears or a chainsaw). The vasa deferentia is severed and tied so that it stops sperm joining with the ejaculation fluid. 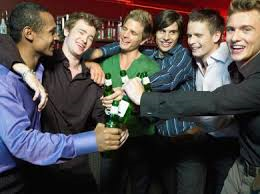 The best and most popular way is Condoms. This is a barrier method and it protects all parties. However, as many women will know, there is always an issue with them in that they spoil the moment or they are uncomfortable. Some might say this is just an excuse. Can men ever have a pill that regulates their reproductive organs and that means that women do not have to take them? It also reduces the risk and the pressure put on their hormones. This is especially true given that there are concerns over the prolonged use of the female contraceptive.

A proper male contraceptive would reduce unintended pregnancy and there are many projects ongoing to find one that is not surgery based. Gossypol, which comes from Cotton works but it also semi permanently, reduces the amount of sperm. There is Immunocontraception which works in male monkeys or Trestolone is shown to reduce sperm count but not for ever and there is a pill in development that works similar to the female pill using testosterone production with progestin. All of the options are still many years away before they reach the market.

It happens that skin becomes overdried after sun baths. To prevent it you should rub clabber in the skin regularly and to make masks from clabber. For example, blend 2 table-spoons of clabber, olive oil and honey. Put it on the face for 20 minutes. Wash the face after mask and put nourishing cream on […]

Why the benefits of rugby far outweigh the risks

Dark Web Vs Deep Web: Find Out the Difference