Photovoltaic panels allow you to take advantage of solar energy for the production of electricity. In simple words, they convert solar radiation into electricity. A panel is composed of multiple photovoltaic modules that are assembled in a common structure. If several panels are joined together, a photovoltaic string is obtained; the set of multiple strings constitutes a generator. The material that is generally used for photovoltaic panels is silicon. Reading this tutorial you can have some useful tips and correct indications on how to solar panels in the snow.

How to protect solar panels in the snow? 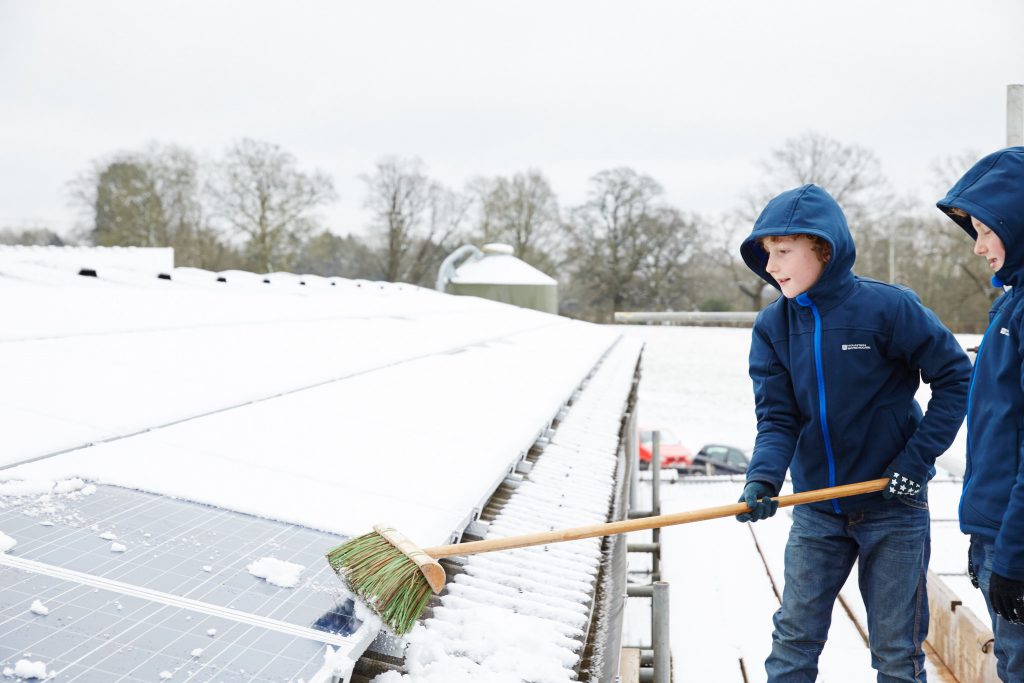 In the presence of snow, there is a reduction in the yield of the photovoltaic panels. A first solution to the problem is that of manual intervention. Sometimes the drop in production is caused only by a small part of the plant. In this case, it is advisable to intervene on the compromised part. Manual removal is easy if the modules are installed on flat roofs. It is useful to apply an anti-ice liquid on the surface of the modules to avoid the formation of snow deposits. It should also be borne in mind, however, that the reflective power of the snow increases the brightness of the rays so that when the modules are free of obstacles they have a better performance.

You may also like to read, cobblestone pavers. To know more visit our blog http://houseilove.com/.

Another solution may be the use of the anti-snow electrical system for photovoltaic panels. The presence of snow on the photovoltaic panels as well as creating the problem of reducing energy production involves an overload of weight on the roofs. In this specific case, it is advisable to use an electrical system. In this way, it is possible to melt the snow on the modules. In fact, the electrically heated panels transmit heat to the surface of the modules and allow the melting of snow or ice.

As an alternative to these two methods, it is also possible to use a windscreen wiper which is moved by a motor member. It is a method designed by the German market to push snow out of the roof and thus clean the surface. This system can also be used during the summer to remove dust from the surface of the module. In any case, all photovoltaic panels must have certification according to IEC 61215. It guarantees the suitability of the modules to be installed in areas with high accumulation of snow and ice.

Some garden lampposts have at their base a recordable space with a cover that can be used to safely house the wiring connection elements. If not, as it happens in most models, you can choose, when preparing the small concrete bench necessary to fix the lamppost, to install a manhole next to it. To do […]

How to detect and combat fake news

Pros and Cons of Oak Beams

Posted on May 25, 2021 Author SideMagazineAdmin

Follow These Tips and Discover Best Time to Travel to Egypt

9 MODERN WOODEN HOUSES THAT WILL INSPIRE YOU TO BUILD YOURS