Humans have always felt the urge to explore and once the whole planet had been charted, mapped and discovered, in the 1950s and 1960s, attention turned to the exploration of space itself. Unlike anywhere on Earth, space proved the most challenging conquest for humans, as an environment that was this hostile posed some huge hurdles for scientists and engineers to overcome.

From protecting spacecraft and astronauts from intense heat and radiation using surface treatments on the spacecraft, to ensuring that they could breathe in a place that had no atmosphere, these were just two of many hurdles to overcome in order to get a human being safely into space and keep him alive before allowing him to be able to get home to earth safely.

This was a feat that was first achieved by the former Soviet Union, and cosmonaut Yuri Gagarin made international headlines as he became the first man to escape Earth’s gravity and successfully travel into space and back again. The cold war was in full swing at this time, and this rang alarm bells in America, where space had become the ultimate battlefield in the cold war, and president John F Kennedy made a declaration that was the foundation of the Apollo missions – to send a man to the moon by the end of the decade.

NASA were given huge amounts of funding and resources in order to achieve this feat, and quickly the astronaut selection process began. However, there were many problems to be overcome, and engineering companies and aerospace experts all over America were enlisted to help create the technology that would help to accomplish this astonishing feat.

In addition to this, there was also the question of being able to land on the moon. As well as building a spacecraft powerful enough to exit Earths’ atmosphere and sustain the lives of the men aboard, the lunar landing vehicle had to be built, allowing men to land on the moon – and more importantly get back again. 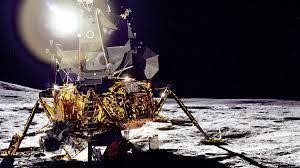 However, the might of America’s industry rose to the challenge, and Northrop Grumman were handed the daunting task of creating the world’s first manned vehicle to land safely on the moon. It proved to be a good design, as before the decade was out, in July 1969, the dreams of John F Kennedy were fulfilled as the first two men landed on the moon.

Roomba robots are increasingly popular around the world as they are functional, silent, efficient and very practical cleaning devices that allow us to save time and keep our homes and offices very clean. Our best professionals have selected the best Roomba robots available this new year in the market. Keep reading to find out […]

The tablets replaced the old personal computers being more immediate, faster and more intuitive. They are also easily portable and their battery life goes far beyond expectations. Despite all these advantages, many Android users face a trivial but essential problem: the space available.

To all or many, it has happened to us. In an oversight and without noticing you drop your cell phone and suddenly your beautiful screen is shattered to pieces. Although now there are many options to repair them, here we will detail the cheapest way of repairing a phone screen.