Originally, indigenous people of South and Central America danced Latin dances. Throughout the nineteenth century, these dances spread to the U.S. and Europe. Later, American dance companies and musicians spread Latin dances across the world. There are several different forms of Latin dances, including ballroom dancing. But these are just the tip of the iceberg. If you’re interested in learning more about this beautiful art form, read on! 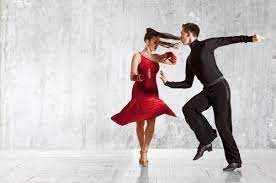 The cha-cha-cha, better known in the U.S. as the Cha-Cha, originated in Cuba, modelled after Mambo and the Swing. These dances were based on music that was indigenous to the region and incorporated different musical styles. The result was a dance with three distinct flavours, a rhythmical pattern, and a lively atmosphere. The cha-cha is one of the five Latin American dances competing in international ballroom competitions.

Zouk, or Zuk, is another type of social dancing that originated in Latin America. This style is characterized by three-counts and richly sculpted upper bodies. It is complemented with wave-like movements and circular rotations. The movements are sensual and require great flexibility in the partner, which is why Zouk is considered to be more challenging than other styles. Acrobatics are allowed in Zouk.

Aside from being popular in the United States, Latin American dances are also becoming more widely popular in Europe and Asia. Salsa is one such dance. Its roots lie in African and Spanish influences in Cuba where it spread to the capital Havana in the early part of the 20th century. If you want to learn more about Salsa Classes London, go to RV Dance Salsa Classes London 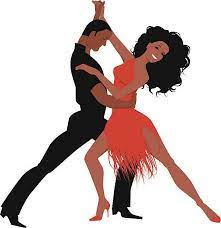 Rumbas, another type of Latin dance, originated in the slums of eastern Cuba during the 19th century. It combines African and Spanish rhythms and is often referred to as the Grandfather of Latin dances. A slow version of the African dance became the Son in Cuba, and then made its way to the United States. Today, it is a popular style for first dance wedding choreography.

Among the many styles of ballroom dancing that was inspired by Latin American dancing, the jive is one of the most popular. The modern jive is quite similar to swing dance, although the latter has a different style. However, the basic steps are the same as the older versions. Jive is also the fastest dance, with lots of flicks and kicks. Although the steps of the Jive are not particularly complex, the dance requires strong upper body work.

Christmas Gift Ideas if you are Struggling with What to Buy

If you are on the lookout for gifts this Christmas and want to stay away from the usual smellies and novelty gift sets, here are some ideas that might help you… For Food Lovers – If you know someone who just loves to try new foods and always has to try out the newest restaurant […]

There are many things to consider when you want to sell your handmade crafts. You will need to create a marketing plan and develop a product description. In addition, you will need to make accounts on social networks like Facebook, Pinterest, Instagram, Snapchat, and Twitter. Other social media sites you should use to market your […]

When you retire, there are a lot of choices that are available as well as a lot of decisions that you might want to think about making for the future. Retirement is a time of a lot of change in life, so it is a good idea to be well prepared for it, as this […]

Disaster Relief Services You May Not Know About

Top reasons to live in Watford